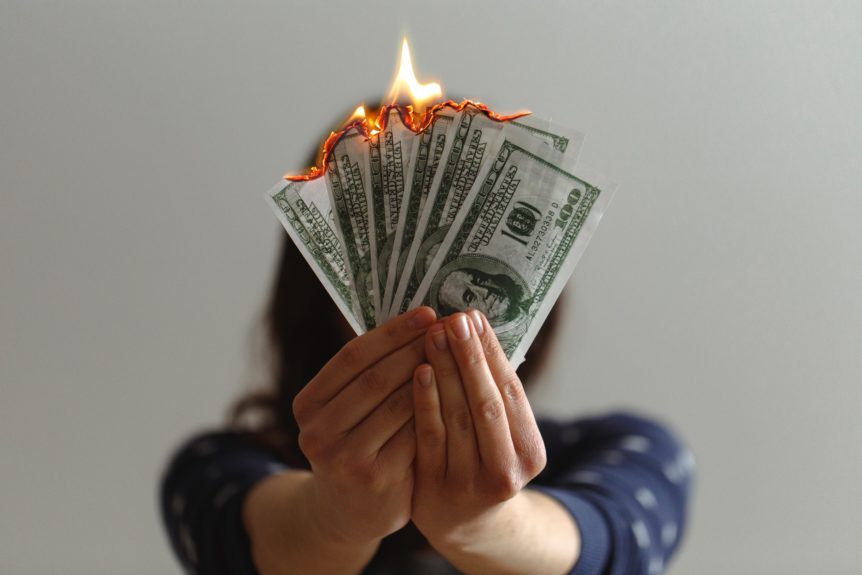 New research released today has revealed that for every £1 invested by men in the UK, the average woman is investing just 59p – as the gender investment gap shows no sign of closing.

Top entrepreneur, public speaker and former star of The Apprentice, Jackie Fast is today calling for British women to adopt a more fearless approach to managing their monthly income, in order to redress the balance between male and female investment.

After becoming widely recognised as one of the most ‘ballsy’ women in business, Fast commissioned the new report to understand why so many women are falling behind men. The findings show that women spend, on average, £98 of their monthly disposable income on investment opportunities, including stocks and shares ISAs, crowd-funding, Bitcoin and EIS opportunities – drastically less than the amount invested by men, who spend an average of £166.

Fast was struck by the fact that two fifths (46%) of British women said they don’t have enough cash to invest, despite the study revealing that most women spend an average of £211 a month on everyday treats like takeaway coffees, meals out, beauty treatments and clothes. Furthermore, over a quarter (28%) said they were baffled by the different types of investment – compared to just 15% of men; and one in 10 (13%) said they would rather spend their spare cash on clothes, holidays and going out.

Women were also twice as likely than men to say they would be embarrassed to ask for help understanding investments, and over a third (31%) cited the fact that investments are ‘too risky’ as a major deterrent.

Speaking about the research, Fast said: “I do a lot of motivational speaking engagements and I’m constantly meeting ambitious, aspirational and intelligent women who are keen to further their careers, their business ventures and their overall success  – but what I’m constantly amazed by is how many of these women tell me they have a complete lack of confidence when it comes to investing their money.

“I decided to partner with research agency Mortar to find out exactly why women aren’t as fearless as men, because unless we can truly understand the barriers, we can’t start to change this pattern of behaviour.

“Ultimately, women need to alter the way they view investment and start factoring it into their total monthly outgoings as standard practice. Only once they have invested should they then consider spending the rest of their money on other treats like clothes and beauty treatments. At the end of the day, it really is a case of who dares wins – so being more ballsy and rebelling against the norm when it comes to spending your income can be a great thing, providing you do your homework.”